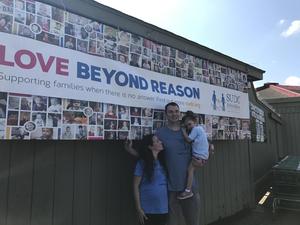 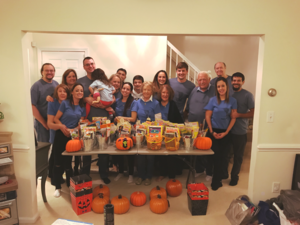 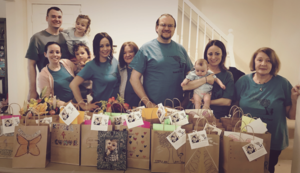 Erin Shamroth Bowen’97, a pediatrician and mother of three, is spreading awareness about a topic very close to her heart: Sudden Unexplained Death in Childhood (SUDC).

Erin’s healthy and happy 17-month-old son, Conor, passed away on October 25, 2016 during a nap. As his cause of death was undetermined, it led to the Bowen Family to learn about SUDC and the SUDC Foundation.

“As we read stories from other families, they were strikingly similar,” Erin explained. “Most are toddlers, most die during their sleep, and the cause is unknown. SUDC is defined as the sudden and unexpected death of a child 12 months and older that remains unexplained after a thorough death investigation is conducted.”

According to CDC data, SUDC affects 400 children between the ages of 1 and 18 each year, with the majority of these deaths occurring between the ages of 1 and 4, making it the fifth leading category of death in this age group. The SUDC Foundation provides tremendous emotional support and research opportunities without any charge to the family. There is no federal funding to support research into SUDC and, due to lack of awareness, many families may never find the Foundation and may have to navigate this path alone.

Since Conor’s death, the Bowens have been involved in a number of initiatives to help honor his memory and spread awareness. In honor of his loving spirit and his love of blowing kisses, they have called their initiative “Kisses for Conor.” To further efforts toward increasing awareness, Erin was recently named to the SUDC Board of Directors. Erin said she has received tremendous support from her fellow IHA alumnae over the last two years, even from classmates who she had not spoken with in years. With the anniversary of Conor’s passing approaching, Erin asks for the IHA community’s help in two simple ways:

1. Perform Acts of Kindness – In an effort to honor Conor’s loving spirit, dedicate the week of October 22, 2018 to performing Acts of Kindness in his name. Print the Kisses for Conor cards on this page to give to the recipient of your Act of Kindness.

Acts of Kindness can be small: volunteering at a soup kitchen, donating clothes or food, paying for someone’s coffee, baking for a neighbor or friend, or sending a kind note or letter to someone. Share your Act of Kindness with Kisses for Conor Facebook group, or post it on your social media with #kissesforconor and #sudcawareness.

2. Legislative Advocacy – Email or write your congressman or senator in support of Scarlett’s Sunshine Act. If passed into law, Scarlett’s Sunshine Act will authorize more than $49 million in federal funding to strengthen efforts to better track, understand, and prevent SUDC. Click here to learn more about the act and how to write a letter to support it.

Read the Bowen Family’s story on kissesforconor.com and more about SUDC at SUDC.org.

Photo 1: Erin and Conor pumpkin picking two days before he passed away.

Photo 2: With the SUDC "Love Beyond Reason" Banner, depicting the faces of 120 children whose deaths were categorized as SUDC.

Photo 3: The Kisses for Conor team creates Halloween buckets for children in Yale Hospital in 2017.

Photo 4: The team makes care bags for children in a local homeless shelter.