Emily Koehne'18 Makes Waves in the World of STEM 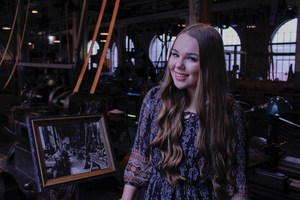 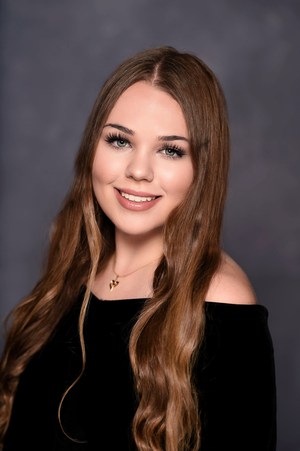 The IHA senior has made it her goal to make the world of STEM accessible to girls of all ages.

Emily, who has been in our STEM@theheart program since her freshman year, has been incredibly busy not only furthering her education, but informing girls across the country about unique STEM careers through her blog, STEMilyK.org.

Emily has enjoyed being part of IHA’s STEM program so much that she decided she wanted to give all girls easy access to STEM information and mentors—something she did not have growing up. As the founder and CEO of STEMilyK.org, Emily interviews two to five women who are in STEM fields a month, and she posts the video interviews on her site. She has been recognized by Amy Poehler’s Smart Girls, vox.com’s Women in Tech, The Huffington Post, Science News for Students, and other popular outlets and organizations. Emily began STEMilyK in February 2017 and conducted her first interview in May 2017.

Q: Why did you launch STEMilyK.org?
A: I launched STEMilyK for the purpose of breaking down stereotypes of what a STEM career actually consists. Over the past four years, I have come to understand that many high school girls believe that a STEM career is one that requires you to do extremely hard physics problems all day or be isolated in a lab doing research, but that could not be farther from the truth. STEMilyK tries to change that by interviewing women who have jobs in unique STEM fields, such as actuarial science or data science, and making these interviews accessible for all girls, no matter their socioeconomic background. I believe that by girls having access to these role models, they will come to understand that pursuing a STEM career can lead to an exciting career full of innovation and invention that can change the world.

Q: How did you come up with the STEMilyK name?
A: In April of sophomore year, I found out about a competition Marvel Studios was having in which they were calling on girls in grades 9-12 to submit an invention they had created. I knew I was not going to win, but I still wanted to enter, as I thought it would be a good learning experience. The idea kept coming back to me about how American Girl® dolls, Disney® princesses, and Barbies® had such an effect on my childhood. I thought that if there was a type of STEM doll, I would have been inspired to pursue STEM sooner. So I combined this thought with my passion for 3-D printing and I 3-D printed a doll that I named “STEMily.” Right now, I am working on getting the name STEMilyK trademarked so that I can continue with some of my other ideas to expand STEMilyK.org from more than just a website.

Q: What are some of the job titles of the women you’ve interviewed?
A: I have interviewed the Girl Scouts® CEO, the CEO of MSG Networks, the chief data officer at General Electric, a Harvard professor in biostatistics and co-director of the Data Initiative, the Columbia Computer Science Department Chair, an MIT media lab researcher, an IBM distinguished engineer and most prolific female inventor, and the director of photography at Pixar Animation Studios.

Q: What do you like about IHA’s STEM program?
A: STEM@theheart provides a close-knit environment of girls who work with each other in a way that fosters creativity and critical thinking. I especially appreciate how the STEM curriculum required me to take an engineering course and multiple computer science courses, as those showed me the applications of the math and science I was learning in the real world. I have completed the full STEM curriculum and I am currently taking AP Calculus BC and AP Physics C as a senior. I have been a member of the Applied Engineering Club since it was founded my sophomore year, and this year I am the co-president. I am also the co-president of the Science National Honor Society and I have been heavily involved in 3-D printing.

Q: What makes you a unique STEM student?
A: Often times, I think STEM students are stereotyped as “nerds.” I never fit any stereotype of STEM students, so I felt out of place. It wasn’t until I realized that success in the STEM fields is based on being interdisciplinary. I have learned to use my other passions that aren’t typically associated with STEM, such as public speaking, to my advantage. Additionally, whenever I am interviewed for a news outlet, I make a conscious effort to say that I have other interests, such as fashion and history, so that girls can see that we can have other interests and combine them with STEM interests.

Q: What do you hope for your future with STEMilyK.org?
A: One of my goals is to appear on national television for the purpose of advocating for girls’ STEM education. I hope to have all teachers across the country aware of STEMilyK as a resource that their students can use, like the next Khan Academy. I want to continue to grow STEMilyK as a brand. I have ideas for a children’s book, toy line, and fashion line. I also want to take STEMilyK globally by offering my videos in all languages.

Q: What do you hope to study in college and do for a future career?
A: I want to double major in computer science and political science. Career wise, I would love to run my own technology company and continue to be an advocate for girls in STEM. I can also promise that if there is not a female president by the year 2035, you will find my name on the ballot.