Kaitlyn Hatton'04 Excels in the World of OCRs 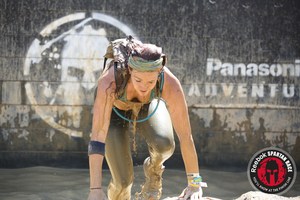 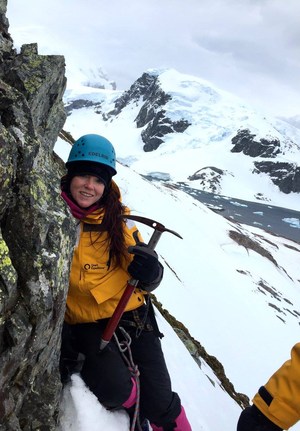 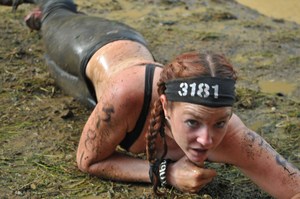 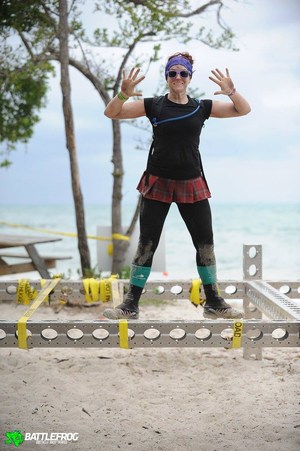 Kaitlyn Hatton, a member of IHA Class of 2004, has qualified to compete in the Obstacle Course Racing (OCR) World Championships October 14-16, 2016 in Ontario, Canada.

Kait has become an avid and accomplished competitor in the burgeoning world of Obstacle Course Racing. OCRs are held on courses modeled after the grueling armed services boot camp training tests. They involve significant mileage on difficult terrain coupled with having to overcome a myriad of physical obstacles such as rope climb walls, ice-water plunges, 35-foot cliff jumps, barbed wire crawls, heavy bag hoists, and more.

“A few years ago, I was looking for a way to be active,” Kait said. “Since I love the outdoors, I decided that mud runs might be a good fit. After the first race, I was hooked, and have been in search of increasingly more difficult OCRs ever since.”

Kait’s most notable achievements have come in the two 24-hour events: The World’s Toughest Mudder, held in Las Vegas in November 2015, and the Battle Frog Extreme BFX24, held in Miami in March 2016. Each event featured more than 20 obstacles spaced over a 5-mile loop where contestants ran as many laps as possible in 24 hours.

The World’s Toughest Mudder event attracted more than 1200 qualified entrants and Kait placed 36th amongst all females and 12th in her age group. She completed nine laps and 55 total miles. At BFX24, Kait completed 60 total miles, placing in the top ten for women and third in her age group.

These accomplishments can be considered the equivalent of running back-to-back marathons on challenging topography while having to perform boot-camp obstacles throughout. Kait said she is looking forward to the challenging obstacles the World Championships will bring. “OCR World Championships is unique in that all different obstacle race designers from around the world contribute to the obstacle lineup,” she explained. “It is also one of the few races where obstacle completion is mandatory to place, so they will make us work for it.”

Additionally, Kait is raising money to help find a cure for Childhood Cancer through Saint Baldrick's in conjunction with both OCRWC and World's Toughest Mudder (WTM) 2016. The WTM community has a goal of $100k total, of which she is hoping to raise $100 for every hour of the 24-hour event to be held on Nov. 12 in Las Vegas. Her fundraising link is https://www.stbaldricks.org/participants/mypage/869862/2016, which can also be found by searching "Kait Hatton" on the Saint Baldrick's main page. "I guess I also continued to carry on my acts of philanthropy," Kait said, "engrained at IHA!"

After IHA, Kait graduated from the University of Delaware in 2008 with a major in mechanical engineering and a double minor in physics and mathematics. She also completed a master’s degree in systems engineering from Johns Hopkins in 2012. She is employed as a systems engineer at Aberdeen Proving Ground in Maryland while residing in nearby Bel Air.

Kait said she is partially drawn to OCR because it provides a contrast to her technical desk job. “It allows me to move my body and remove me from our technology-saturated world,” she said. “But mainly it gives me an incredible sense of accomplishment. I am constantly being amazed by what my mind and body are capable. Above all, it’s just fun.”

Kait recently added to her accomplishments in fishing with two new world records, this time in women’s fly fishing line class categories for chinook salmon. These records are additions to three previous world records set while attending IHA. She celebrated turning thirty this past December by mountain climbing in Antarctica, which marked the culmination of having traveled to all fifty U.S. states and all seven continents.

Kait joked that she does not consider herself a natural athlete—she was never involved in athletics at IHA. “I bet all my physical education teachers would be shocked to see me now!” she said. “But IHA, most specifically Mr. Millard, was a huge catalyst on my journey to becoming an engineer. I received the encouragement and educational foundation that led to all my degrees and a rewarding career.”