IHA Students Are Called to Serve 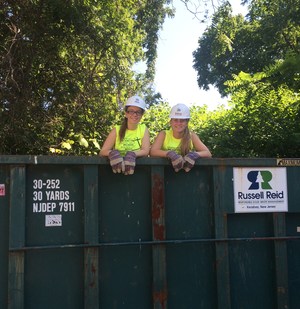 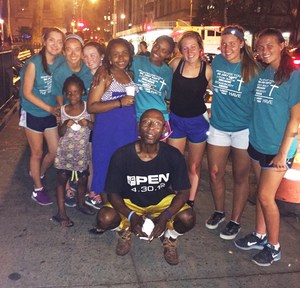 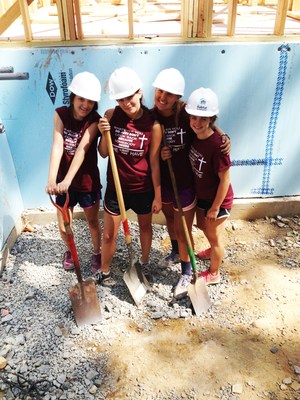 “Life’s most persistent and urgent question is, ‘What are you doing for others?’” – Dr. Martin Luther King, Jr.
From August 3-6, 2015, forty-six dedicated and service-minded IHA students answered this critical question. Within their very own backyards in northern New Jersey and New York City, the students embarked on a summer service immersion trip. The four-day experience gave our girls the opportunity to reflect on issues of social justice and their call as Catholic young women to serve those living in vulnerable situations.

During the excursion, the young women of IHA distributed several hundred meals and clothing items to New York City’s homeless population during a Midnight Run, they worked on a Habitat for Humanity site in Morristown, and they served as buddies for campers with special needs at Camp Acorn in Allendale. Each day included Mass, prayer, meals as a community, and time for small group reflection.

After just a bit of time at each of the service sites, the Immaculate Heart girls began to ask the big questions, and search for even bigger answers. “How can so many live in such poverty in a city as wealthy as New York?" // “Why don’t more people offer their help?” // “How can our small steps make such a huge difference?”

As the Immaculate Heart students dedicated their time and volunteerism to the local community, their eyes were opened to the positive change they can make. Not only did they learn how to help vulnerable people in need, but they also discovered how to work together and help each other as they answered God’s calling to serve.