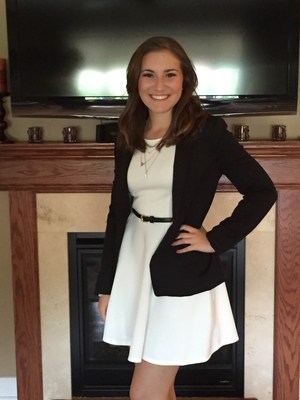 Aviana Ingui’16 was asked to sing at the Blue Mass for the New Jersey State Police (NJSP) on May 27, 2015 in Long Valley, New Jersey.
The Blue Mass is held to honor fallen state troopers and their families for their commitments to their jobs and for dying in the line of duty. Aviana was asked by the NJSP through her father, Salvatore, who is a lieutenant at the Totowa headquarters.
She sang “Angels Among Us” by Alabama, and performed the Demi Lovato version. Aviana said she felt honored to sing at the Blue Mass, as she loves to sing and likes to believe she sings for a "bigger purpose than purely entertainment."
“I like the fact that I can reach out to people, on a personal and emotional level, through music,” she said. “There is a beautiful connection that happens between the performer and an audience that can only be reached through song. Music makes people vulnerable, and that’s beautiful. It allows one to open up, not to others, but to themselves, which is extremely important. That is something that only music has the ability to do.”
Print