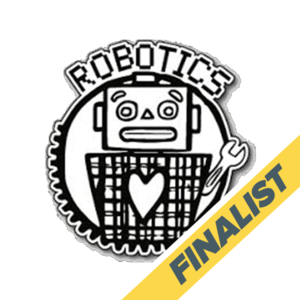 Team Artemis made it to the top thirty schools, selected from a field of more than 250 teams, located in 25 countries around the globe. As a finalist, the IHA team won a free robot that the team members will program for a chance to be one of the three winning teams.

“We will be constructing a 6 ft. x 6 ft. Lunar Landscape as a platform for our new robot game, building and programming our new Meccano robot that we have won as a finalist team, and documenting our game strategy to the Google Organization,” Mrs. Sharon Tassely Mistretta’75, Robotics Club moderator and technology teacher, explained.

The group will then produce a video of its outreach to the community to demonstrate its robot. The Google judges will be holding a live webcast to interview the team and witness the robot in action between August 31 and September 12, 2015. Then the Google judges will be reviewing the results of all thirty teams and announce the three winning teams by September 15, 2015.

“The prize is a trip to Japan for the team to witness the real Google XPRIZE Robots that are being constructed by teams such as NASA,” Mrs. Mistretta said. “This is a very exciting competition for our Robotics ‘Go Team,’ Rebecca Coronel’16, Carmela Stone’16, Megan Twiss'16, and Olivia Canterella'18, who are all very interested in technology majors in college and engineering careers in the future.”

Team Artemis is made up of the current members of Immaculate Heart Academy’s Robotics Club. This past year has been IHA's first year with a Robotics Club, and members have already worked with many robots and programming platforms.