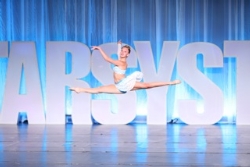 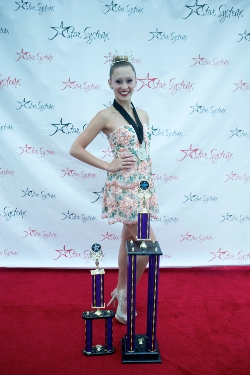 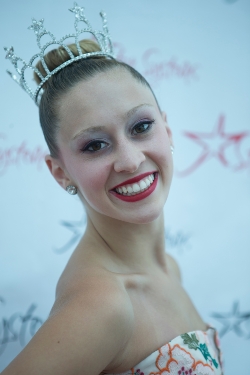 Our very own Haley Herina, IHA Class of 2017, danced her way to the national title of Teen Miss Superstar!

Haley gained the title by competing in the Star Systems National Competition in Myrtle Beach, South Carolina from July 7-12, 2014. Star Systems draws dancers from across the nation to compete in individual, small group, and large group dances in jazz, lyrical, ballet, acrobatic, and contemporary dance.

Haley has been a student at The King Centre for the Performing Arts in Wanaque since she was three years old and a part of the American Youth Dance Company there since she was seven. She has studied everything from tap, ballet and contemporary to lyrical, jazz, pointe and African dance.

At the summer Star Systems National Competition, Haley competed against nine dancers in three categories: On-Stage Interview, Ballet Class Critique, and Dance Routine. To win the title, Haley performed a lyrical solo entitled “Recomposed,” which was choreographed by Nancy King, the founder and artistic director of The King Centre.

“I was really excited and surprised because it was the first time that I won a big title, especially on the national level!” Haley said.

Haley hopes to remain in competitive dance for years to come. When she reaches college, she would like to major in physical therapy and minor in dance. Although she's afraid she may be a bit too short, she also dreams of being a Rockette.

At IHA, Haley’s favorite subject is math and she especially loves being in Mrs. Cori Tucker’s class. Last year, she performed as a dancer in IHA’s musical, Seussical. She credits her time management skills to being a student at IHA.

“Going to school here really has helped me learn how to manage everything,” she said. “I usually have a lot of homework and sometimes it’s hard to balance work with dance and my other interests. But I’ve learned to schedule and manage my time really well thanks to what I've learned at IHA!”