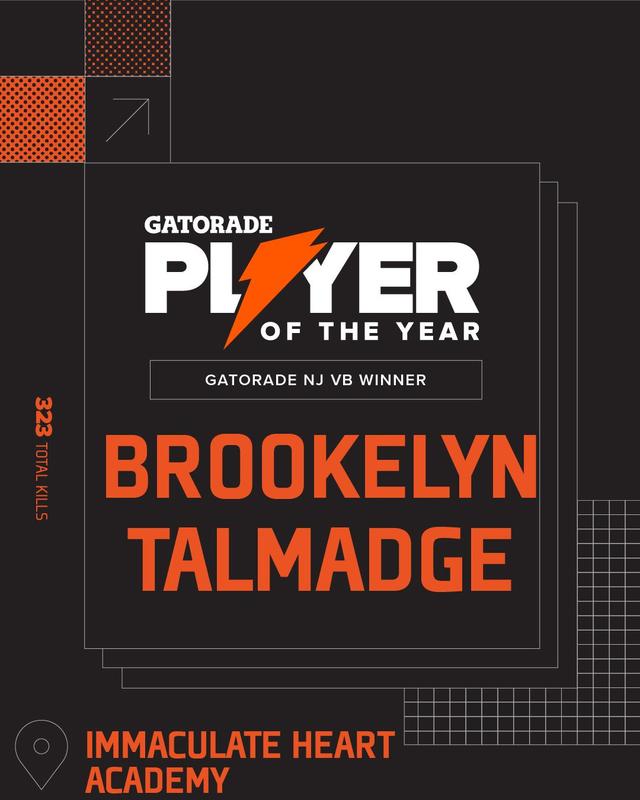 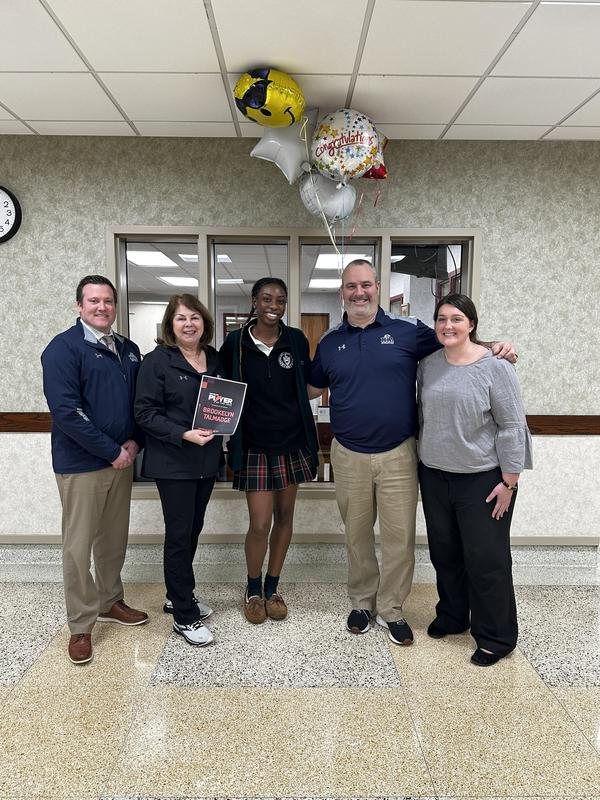 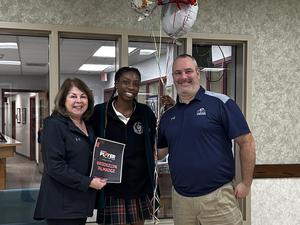 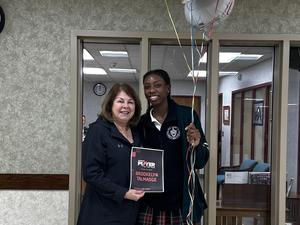 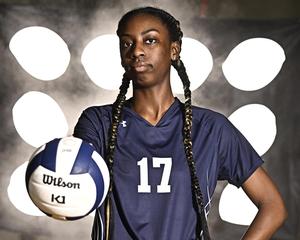 Brookelyn is the sixth Gatorade New Jersey Volleyball Player of the Year to be chosen from Immaculate Heart Academy.

The six-foot senior middle hitter and right-side hitter led the Blue Eagles to a 29-1 record and the Non-Public Group A state title this past season. Brookelyn recorded 323 kills and 51 blocks, posting a .619 kill percentage and a.567 hitting percentage. A MaxPreps.com First Team All-American selection and the NJ.com Player of the Year, she put down a career-high 19 kills in IHA’s 2-1 win over Paul VI High in the state final.

Brookelyn has volunteered locally as a peer tutor and received her school’s National Honor Society Award for Character based upon the above-and-beyond execution of her peer-tutoring duties. The president of the IHA Black Student Union, she has volunteered locally as a youth volleyball coach. “Brookelyn simply dominated the competition,” said Anthony McMichael, head coach of Roxbury High School. “She always performed her best in the biggest moments, when the lights were the brightest.” Brookelyn has maintained a 3.71 GPA in the classroom. She has signed a National Letter of Intent to play volleyball on scholarship at Bryant College in Rhode Island this fall.

To learn more about the Gatorade Player of the Year program, visit playeroftheyear.gatorade.com.