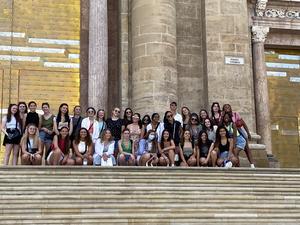 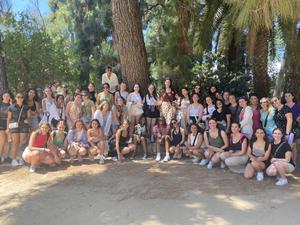 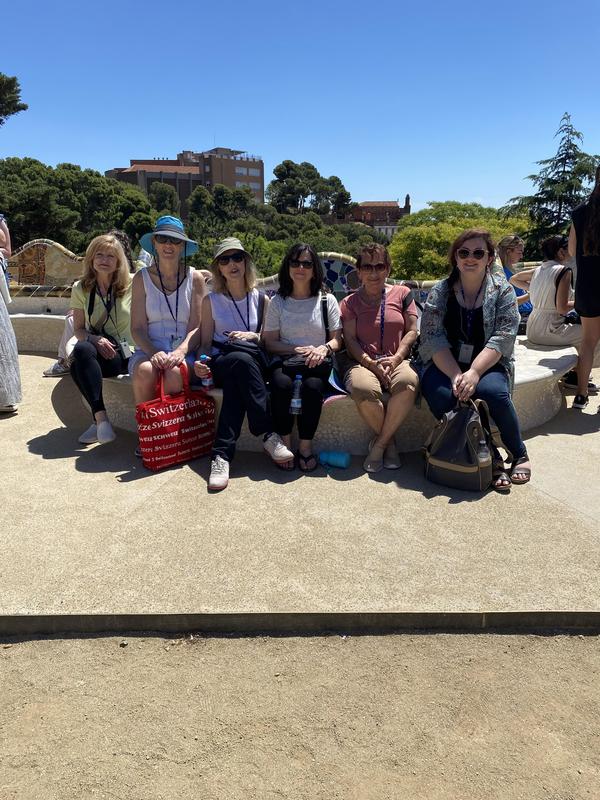 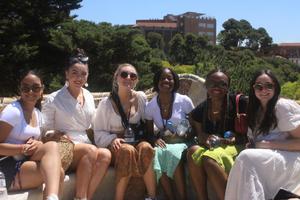 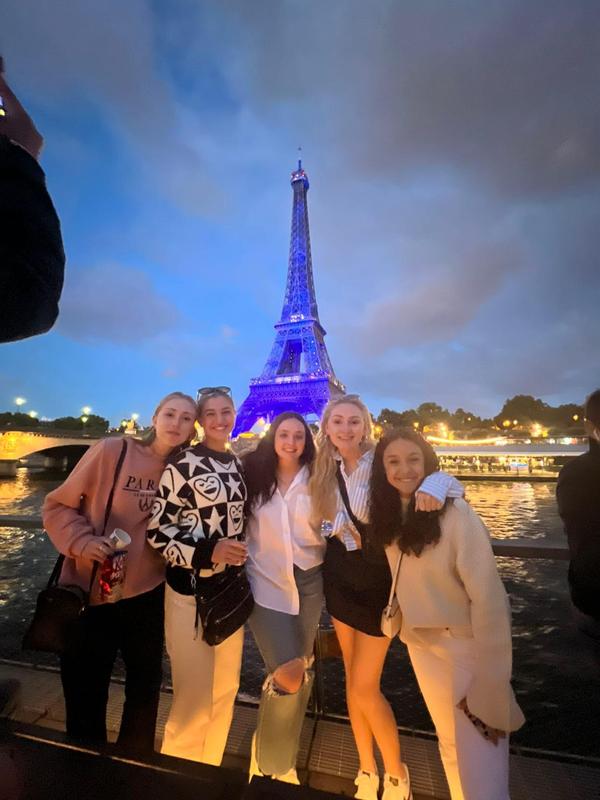 After two years of pausing IHA’s Summer Europe Trip, students and teachers had the opportunity to go this past June.

The trip began in Barcelona, where our IHA group seized the day and started sightseeing around the area as soon as we arrived. After some exploration time, we visited the Cathedral of Barcelona and took an in-depth tour that taught us about its history and the artifacts that lie within the cathedral. We then continued our walking tour through the city and ended the day with an authentic Spanish meal. The next day started bright and early; we walked through Park Güell, which houses the Hall of the Hundred Columns, as well as the home of Antoni Gaudí. Following the park, we visited La Sagrada Familia, which is currently the largest unfinished Roman Catholic Church. We ended our second day with an incredible bicycle tour. We split up into three groups and biked all over the city of Barcelona; we were even able to dip our toes in the Mediterranean Sea near the Olympic Port of Barcelona built for the 1992 Olympics.

On our last day in Spain, we traveled to the city of Tortosa to visit the Holy Family sister school that has been participating in an email exchange program with IHA. Some of the e-pals from the school met up with the our group and gave us personal tours of Tortosa, as well as their own school. We toured their historic library, ate traditional fideuà, and finished the visit with a swim in their pool overlooking the beautiful city. Joining together with the students from this school was truly a major highlight; many girls shared that it was their favorite day of the whole trip. Upon returning to Barcelona that evening, the IHA students and chaperones enjoyed a farewell dinner that included tapas and paella.

Next, we explored Carcassonne, the medieval walled city in the region of Occitanie, France. We explored within the city walls before resting in the Roman city of Nîmes. Our second day in Provence was spent in Avignon, visiting the famous lavender fields and the Pont du Gard Aqueduct. We had an incredible time taking tons of photos in the lavender fields and picking up many lavender themed souvenirs to take home to remember the beautiful city.

As the trip came to a close, it was finally time to travel by a high speed train to the highly anticipated city of Paris. As soon as we got off the train, a local guide narrated a bus tour that led us around the city and allowed us to stop for photos at the Arc de Triomphe, Musée de l’Armée, and the Eiffel Tower. After the sightseeing tour, we checked into our hotel and discovered we were going to go to the very top of the Eiffel Tower after dinner. We dressed in our very best outfits and experienced the most beautiful view of Paris at night from approximately one thousand feet high. The night was officially topped off when we were on our way back to the hotel and saw the tower sparkle as the clock hit midnight. Many IHA girls said they felt it was the most beautiful part of their Paris experience, and expressed how they were very lucky to be able to witness it in person.

The next day was spent taking the metro all over Paris, which was a bit hectic, but overall, a fun experience. Our group started the day by going to Musée d'Orsay, where we walked through history and learned about the many impressionist painters that changed the world of art. We even had the opportunity to take a watercolor painting class inspired by impressionists. At dinner that evening, many IHA girls were adventurous and tried escargot for the first time. After reflecting on the trip with multiple participants, it was clear that the food made it the most memorable. Being able to experience true, authentic cuisine inspired us to take a baking class on our final day. We made our own crepes as well as many other French desserts. We then visited Musée du Parfum to learn about the history and development of different perfumes internationally. To finish off our final evening in Paris, we traveled down Le Seine entertaining and waving hello to all of the people we passed along the way.

The ten days spent in Europe offered my peers, teachers, and me once-in-a-lifetime opportunities that enabled us to walk away with so much new-found knowledge about different countries and cultures. Not only did we learn about the historical significance surrounding each location, but we also saw firsthand the everyday life of the Spanish and the French. There may have been long days, short nights, and a lot of walking, but the trip gave us a whole new perspective on traveling. We are truly fortunate to have a program like this at IHA for our sisters to experience it together.

Click here to view the full photo album, courtesy of Dr. Sue Kenney and students on the trip.