Celebrating the Life of Vince Herold 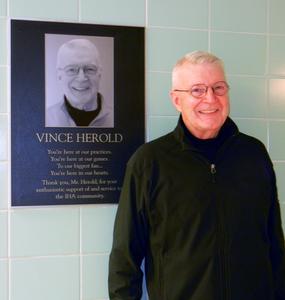 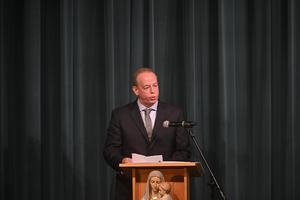 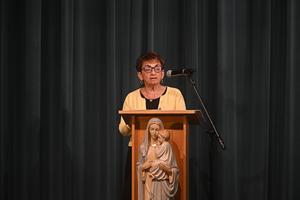 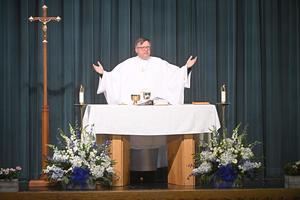 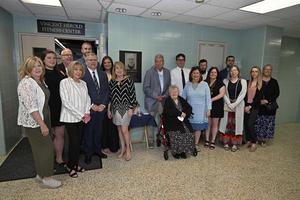 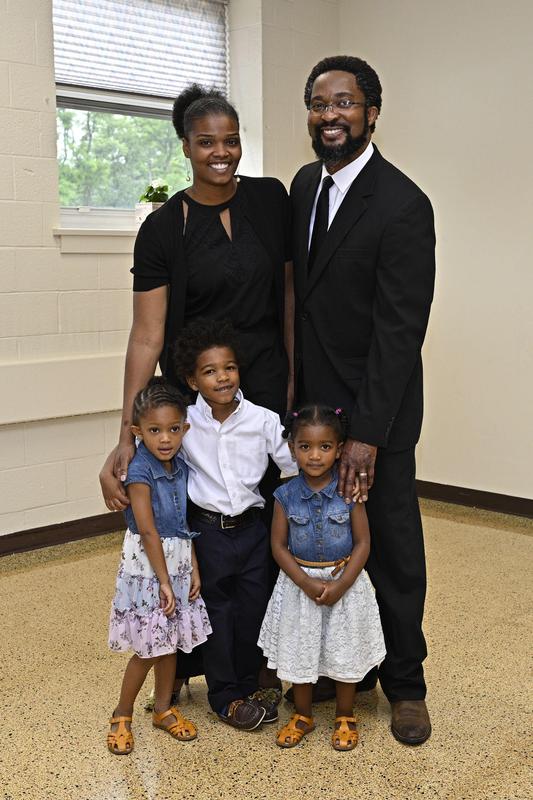 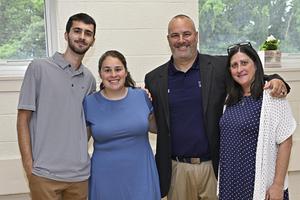 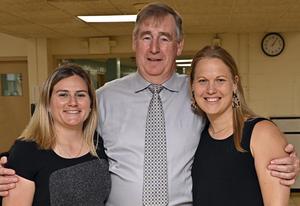 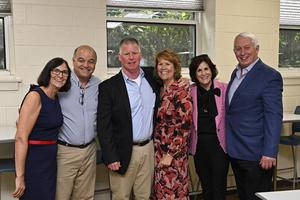 On January 26, 2022, the Immaculate Heart Academy community lost one of its biggest and most dedicated fans. Mr. Vincent Herold passed away peacefully at the age of ninety-one, leaving behind countless people who loved and admired him deeply.

Vince graduated from St. Joseph’s High School in Paterson in 1948, and continued his education on a basketball scholarship at Spring Hill College in Mobile, Alabama. He was a Korean War era veteran in the U.S. Army, trained as a medic, and was given the Outstanding Medical Soldier award at Camp Picket, Virginia in 1952. Vince began his teaching career at Don Bosco Prep in 1955, where he taught biology and coached basketball. In 1959, he was chosen as Bergen County Coach of the Year. He earned two master’s degrees: a Master of the Arts degree from Seton Hall University in 1958 and a Master of Science degree in biological sciences from Syracuse University in 1963.

His next stop was Mahwah High School, where he taught all levels of biology and coached basketball, before landing at Northern Highlands Regional High School where he served for more than thirty years as a teacher, then vice principal, and finally principal. He retired from Northern Highlands in 1994, but his passion for teaching and mentoring led him out of retirement. He served as interim principal for a private school for autistic children before settling into his final teaching position at Immaculate Heart Academy from 1998-2014.

During his time at IHA, Vince became a mainstay and easily one of the most passionate and steadfast fans of all things IHA, especially Blue Eagle Athletics. He had the distinguished honor of being inducted into the IHA Hall of Fame in 2004. In the spring of 2012, an anonymous donor requested that IHA’s recently built fitness center be named after him; a plaque for the Vincent Herold Fitness Center was unveiled and blessed on April 29, 2012. The plaque reads, “You’re here at our practices, you’re here at our games. To our biggest fan…you’re here in our hearts. Thank you, Mr. Herold, for your enthusiastic support of and service to the IHA community.” For the last decade, IHA student-athletes and physical education students have utilized the fitness center while being constantly reminded of their most passionate supporter, Mr. Vincent Herold.

Joseph James McNulty, III P’06 first encountered Vince at Meet the Teachers night during his daughter Meghan’s freshman year in 2002. Joseph wrote that Vince lived his life as a “soldier, a thinker, a scholar, a teacher, and, most definitely, an inspiration.”

“With his smile always on and cheerful wave always ready, he became the spirit of this all-girl’s Catholic high school,” he continued. “He has served as more than just a teacher; each student in his classes adopted him as their ‘grandpa.’ He was there to listen to them share their joys and sorrows, but was also always available in their time of need for help and extra work in science class.”

Joseph said that Vince’s love for IHA went beyond academics, as he was the biggest cheerleader for IHA students’ sports games and artistic shows. He made an attempt to go to a number of events a season for every sport; fellow fans would regularly “see him on the sidelines cheering his heart out for his ‘girls,’ who he would always defend to the end.”

Ms. Ana Echeverría, IHA world languages teacher, first met Vince “the old gentleman,” as she called him, in 1998. She said the first things she noticed about him was that he was a good listener with a great sense of humor and a die-hard Yankees fan. “Vince was very passionate about IHA, especially the sports program,” she fondly remembered. “He was a very wise man and was never shy about giving me advice. He not only became a dear friend but a father figure to me. Any time I’m in the gym, I always look up to the balcony where he would save a chair for me so we could watch a basketball game together. The old gentleman will always be in my heart.”

The love IHA students had for Vince did not cease once they left the building. Countless alumnae and their parents kept in contact with him via social media, email, phone calls, and visits up until his passing. Family and friends, including numerous former students, attended a Memorial Mass and Celebration of Life held at IHA on June 11, 2022. Mass was celebrated by Fr. Louis Molinelli, former president of Don Bosco Prep, who knew Vince well. Long-time friend and IHA Basketball coach, Mr. Steve Silver, shared his memories of Vince with attendees of the celebration. Their more than twenty-five-year friendship began when Steve started coaching basketball at IHA.

“We would talk three times on a big game day,” Steve reminisced. “Before the game, in the gym afterward, and at midnight when he knew we both couldn’t sleep. He would call after the first day of summer camp and ask ‘Any Mesropayans or T. Williams come through the doors? When’s the first scrimmage? Any good teams lined up?’ Mind you, this was in July. He couldn’t wait for the season to start.”

The aforementioned T. Williams refers to Tahirah Williams Guice’05, who attended Vince’s Celebration of Life with her husband and three children. Steve said in his speech that while coaches and teachers are not allowed to choose favorites, T. was most definitely Vince’s. Tahirah first met Mr. Herold at IHA’s Open House. While she actually didn’t want to attend IHA at the time, it was Vince’s kindness and warmth that convinced her to try it out. “During my first day at IHA, I remember looking for him,” she said. “I vaguely described him to a couple of girls in the hallway and they instantly knew who I was talking about. They pointed me to his direction and we instantly became friends. My Grandpa Herold.”

Tahirah considered Vince a teacher, a coach, a mentor, and a friend. Her and Vince’s special bond grew even stronger after she graduated in 2005. She said they would talk for hours about his upbringing, his sister, his children, her family, and, of course, basketball. “Our relationship was so much more than sports,” she explained. “He helped me through the passing of loved ones, some years of teenage growing pains, and after graduate school. Mr. Herold was more than just my friend, he was my living angel on earth. He genuinely loved everyone he met and would give to anyone in need, whether it was monetary or emotional support. You could go to him for anything without him passing judgment. From the moment I met him, I feel that he lived life the way God wanted us too. That’s why he was so special.”

Vince will forever be remembered for his quick wit, great laugh and sense of humor, joy of teaching, and the positive impact he had on the lives of so many young men and women. He is survived by his children, Jan Marie Neilan, Christopher Vincent Herold, Marcella Ann Carney, and Lee Santaromita. Vince was the cherished grandfather of eight grandchildren and one great grandchild. He also leaves behind his beloved sister, Rita Ruffing, and two nieces.

In honor of Vince's dedication to and love for IHA, memorial donations may be made to Immaculate Heart Academy, 500 Van Emburgh Avenue, Township of Washington, NJ 07676, Attention: Development Office.

Click here for the full photo album from the Celebration of Vince Herold's Life held at IHA.