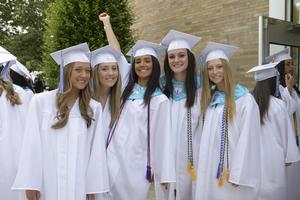 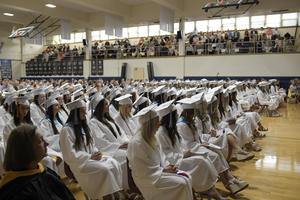 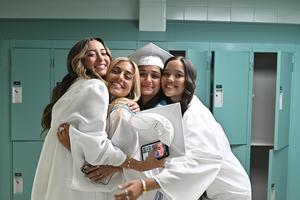 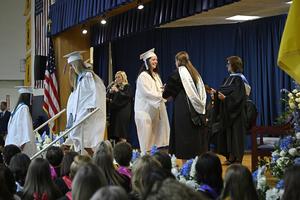 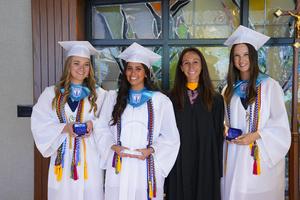 Diplomas and special awards were then distributed to members of the Class of 2022. After diplomas were presented to each graduate, the IHA Family Awards were given to six families whose final daughter of three or more graduated this year. Several students were also honored for a variety of accomplishments in and out of the classroom. We send heartfelt congratulations to this year’s IHA Award winner, Riley Ypelaar’22 (Clemson University), and the many other award and scholarship recipients recognized at this year’s Commencement Exercises. Mr. Jason Schlereth, IHA president, addressed the graduates and guests with a motivational speech before Class of 2022 valedictorian, Katherine Young’22 (Villanova University), delivered a moving farewell address. Laura Madison Rickli’22 (The University of Alabama) concluded the ceremony by leading her classmates in IHA’s Alma Mater before IHA's newest alumnae walked out to Allegretto played by the IHA Orchestra.

Members of the Class of 2022 received more than forty-one million dollars in scholarship awards and will be continuing their education at some of the most esteemed colleges and universities in the country—from University of Michigan, Georgetown University, and Boston College to McGill University (Canada), New York University, and Wake Forest University.