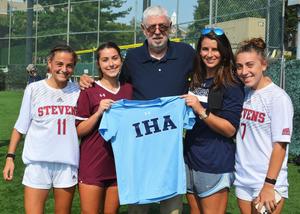 It was an IHA reunion at a September Swarthmore vs. Stevens Institute of Technology women’s soccer game!