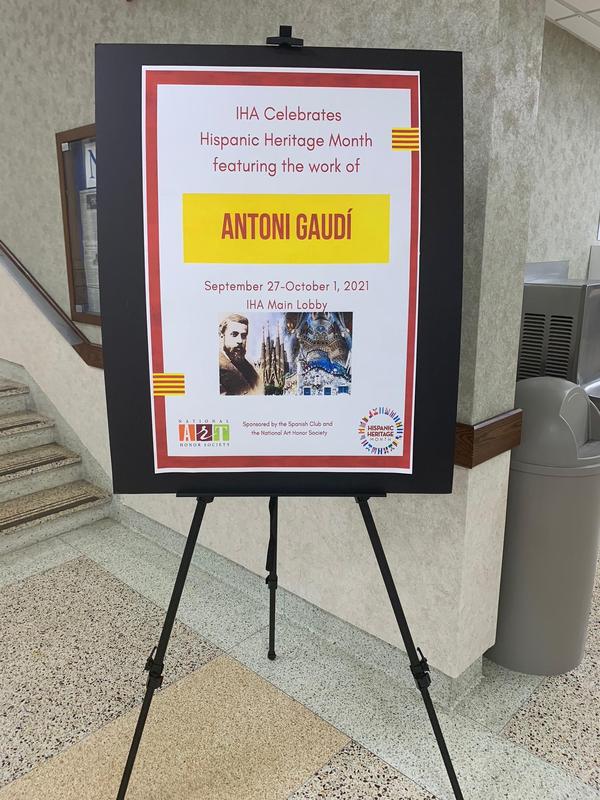 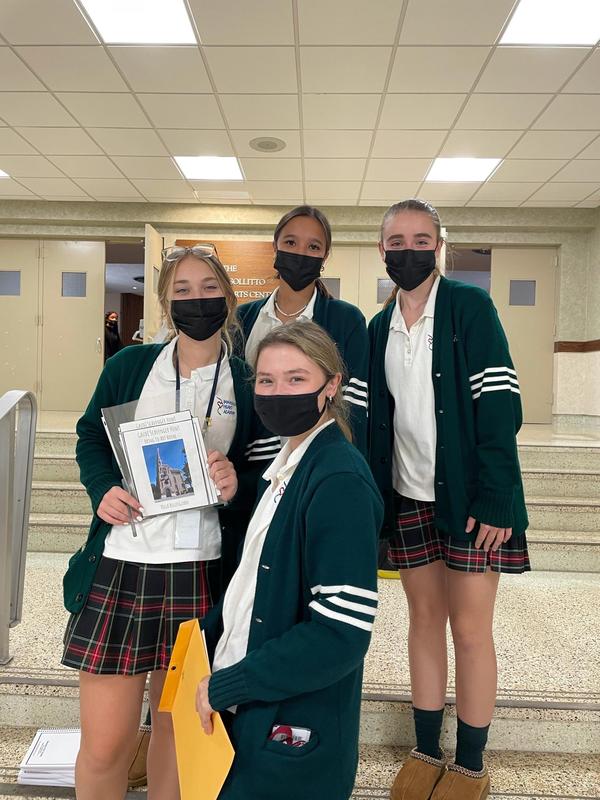 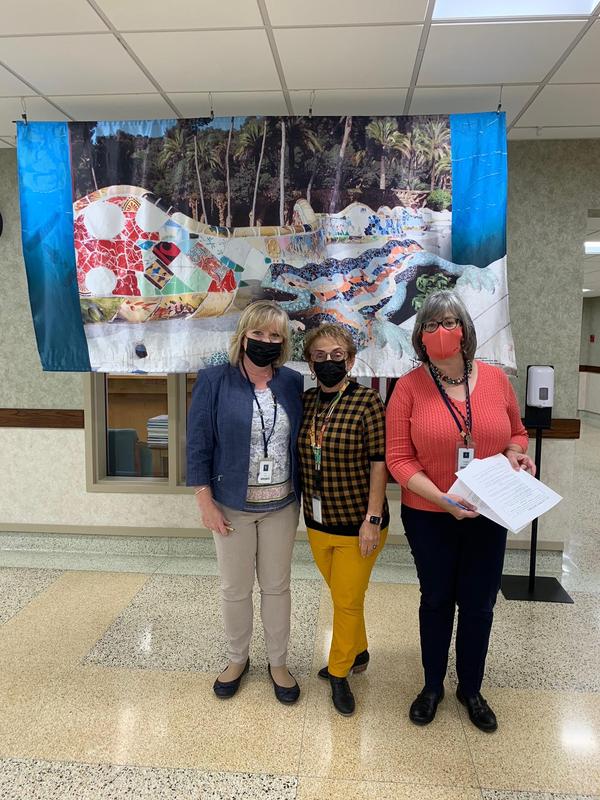 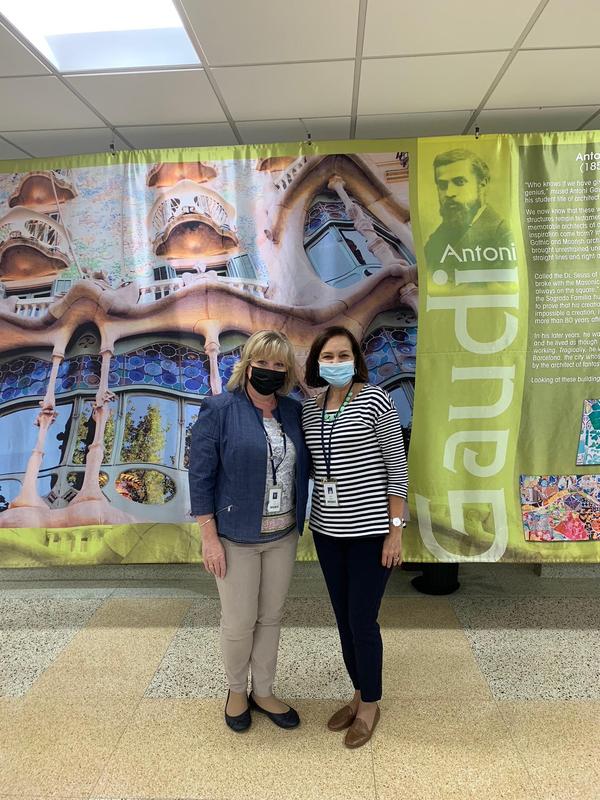 The National Art Honor Society and Spanish Club proudly present the work of famed architect, Antoni Gaudí, in celebration of Hispanic Heritage Month.
Antoni Gaudí was a Catalan architect who has become internationally recognized as one of the most prodigious experts in his discipline, as well as one of the top exponents of modernism.
The National Art Honor Society, moderated by Mrs. Lisa Encke P'20, director of the arts, created a Gaudí Scavenger Hunt in which students were given the challenge to find images of Gaudí’s work placed all over the school. Students who brought the images to the art studio won small sketchbooks.
Additionally, Señora Echeverría’s Spanish class collaborated to create a video of Gaudí that was presented on heartTV. heartTV also presented a video of Sacrada Familia, Gaudí’s masterpiece located in Barcelona.
During an opening reception, members of Tri-M Music Honor Society played Gaudí-inspired music in the main lobby while students completed Gaudí trivia for prizes. Art classes also visited the exhibit for artistic inspiration for future projects.
Print