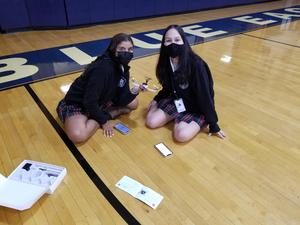 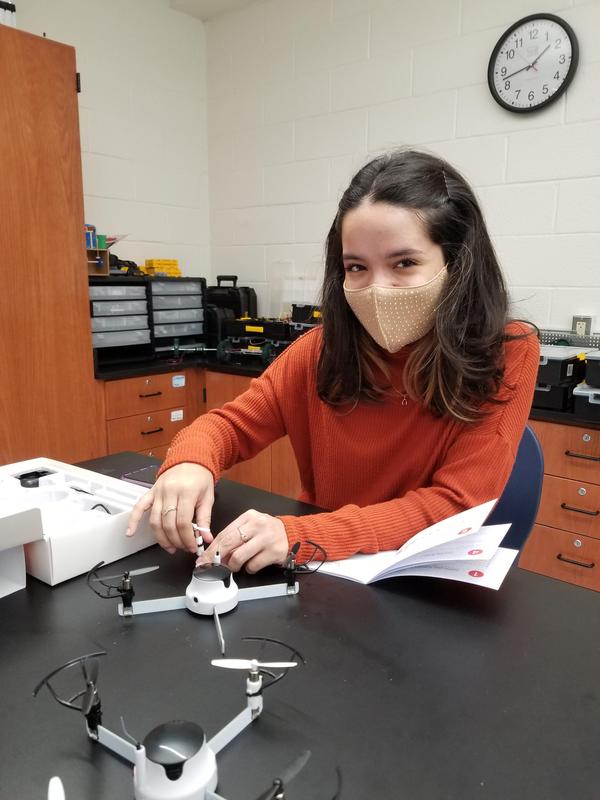 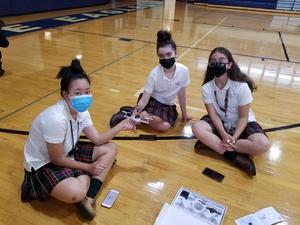 Students in Introduction to Engineering Design, taught by Mrs. Alice Nudelman, recently built and flew a small drone.
After learning about electricity, specifically how to build circuits, students explored the details of the Mars Ingenuity helicopter, including its dimensions and materials. The engineering students put together the components of the drone to complete the circuits for the four motors and the main WiFi hub. They used a cellphone app to pilot the drone.
Students learned how to power up the four motors, lift-off, control the drone in flight, and then land it. Mrs. Nudelman said that while a couple of the drones crashed and had to be rebuilt, the students had a great time exploring flight. “They agreed that seeing themselves from the drone’s camera, a bird’s-eye view, was pretty cool!”
Print