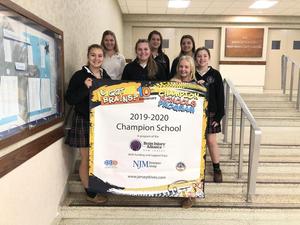 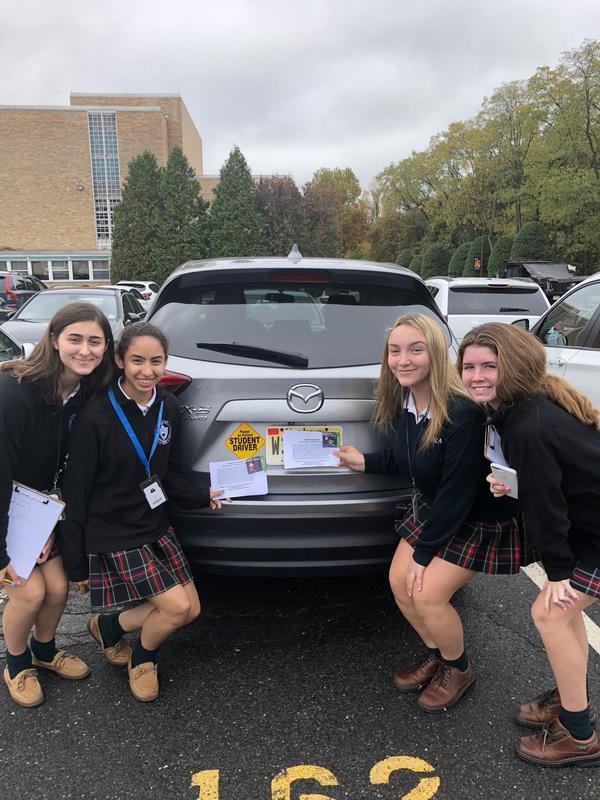 Immaculate Heart Academy was named one of three grand prize winners of the Brain Injury Alliance of New Jersey’s (BIANJ) U Got Brains? Champion School Program.

This is the IHA Traffic Safety Squad’s (TSS) second grand prize win in five years of participation in the statewide competition. In 2016, IHA won a driving simulator that is regularly used to enhance our driver education curriculum.

TSS members promoted safe driving all year by bringing attention to the NJ Graduated Driver License (GDL) restrictions/laws through the TSS DriveSmart@theheart campaign. Winners were announced during the 10th Anniversary U Got Brains Champion Schools Program awards and virtual showcase, broadcast on Zoom on June 3, 2020. In attendance at the virtual showcase were dedicated TSS members, Anna Gehres’22, Grace Amoroso’ 22, Taylor DiLisi’21, Lily Amoroso’20, and Emily Soranno’20. Because this was the 10th anniversary of the program, each of the winning schools will receive a cash prize of $10,000.

TSS, moderated by driver education teacher, Mrs. Terry Skjold, has a rotating membership of up to 50 students who contribute all year to the contest entry under their DriveSmart@theheart message. The campaign focused on educating the students, faculty members, parents, and the overall community on the GDL laws and restrictions. They hung safety posters throughout the school and participated in the HUMC Safe Teen Driving Challenge, which included a poster and T-Shirt Design contest, seat belt checks of students and faculty, and an HUMC ENCARE presentation for driver education classes. IHA students with decals received a congratulatory note and a free frosty coupon; cars without decals received a NJ DMV Red Decal flyer. TSS provided giveaways during IHA’s fall pep rally and were featured in a Teen Kids News broadcast. When the shut down went into effect due to COVID-19, TSS spread the message by way of social media.

IHA TSS would like to thank the BIANJ and its many sponsors who support the program. Congratulations to Indian Hills and Lenape Regional high schools, the other two grand prizewinners. Lastly, a big thank you to our school community who are always so receptive to the safe driving message. The IHA TSS reminds everyone to DriveSmart@theheart!