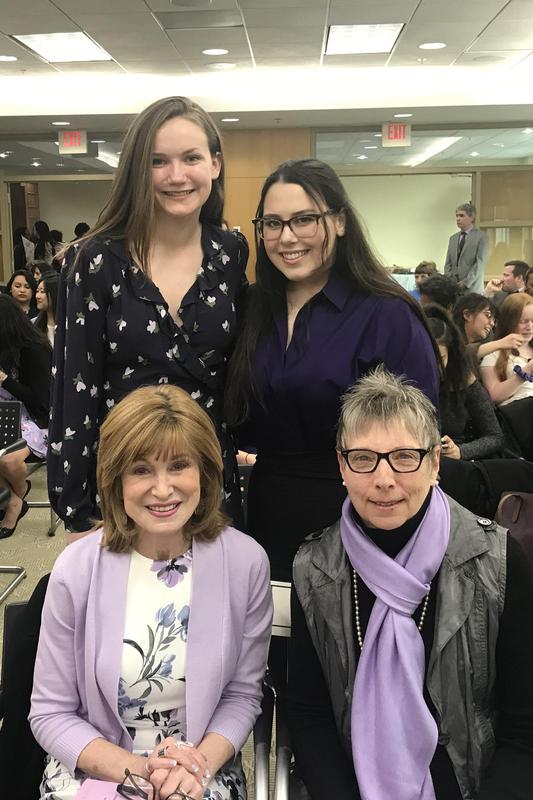 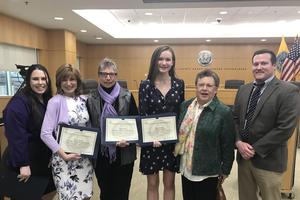 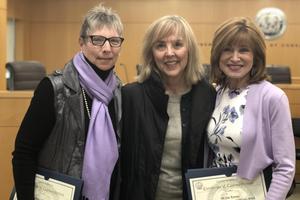 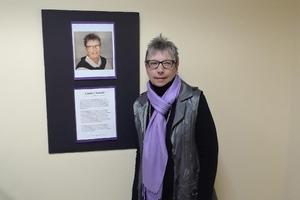 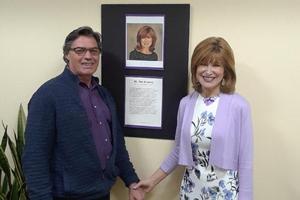 This year’s theme, “Visionary Women: Champions of Peace and Nonviolence,” provided an opportunity to honor women who have contributed to improving the workplace and fighting for economic equality for all women. Bergen County Executive James Tedesco III and the Board of Chosen Freeholders hosted an event on March 28, 2019, sponsored by the Department of Human Services COSW. The event was held to honor the hard work and accomplishments of Ms. Chelotti, Dr. Kenney, and the other honorees.

Both Clare Donnelly’19 and Victoria Donatacci’19, Junior Commissioners for the COSW, nominated Ms. Chelotti for the honor. Clare also nominated Dr. Kenney. The requirements for the nominees included that they were “female champions of peace and nonviolence” whose “contributions should be of significance and should amount to more than one single act.” Eleven women were chosen out of the twenty-three nominated.

Clare nominated Dr. Kenney in recognition of her humanitarian work. “As a former First Friends Organization Trustee,” Clare explained, “she advocates on behalf of detained immigrants and asylum speakers in order to ensure that they are treated with dignity and respect.”

Our students nominated Ms. Chelotti for her work in non-profit and to recognize her commitment to educating young women on the importance of self-confidence and self-awareness in a male-dominated culture. “Ms. Chelotti headed an HIV/AIDS hospice, comforting people of all ages who ended up passing away during their struggle with HIV/AIDS before medication became readily available,” Clare said. “She also helped develop urban youth and domestic violence programs.”

“Ms. Chelotti has accomplished and contributed so much prior to teaching at IHA, from her work in AIDs hospice to working with ill children in hospitals,” Victoria said. “But there is nothing more inspirational than an intelligent and motivated feminist teaching at an all-girls school. For me, that teacher is Ms. Chelotti, and I am incredibly grateful to have had her.”