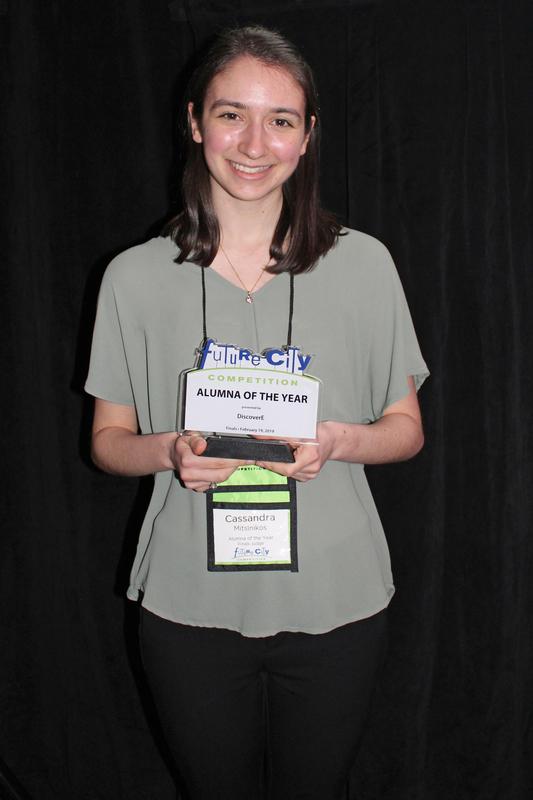 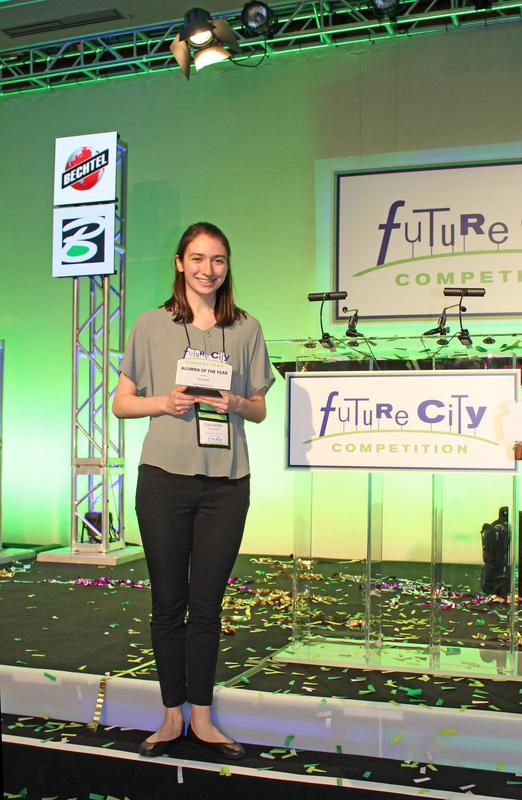 Future City is a project-based engineering education program where students in sixth, seventh, and eighth grades imagine, research, design, and build cities of the future. Cassie participated in Future City as an eighth-grader at Academy of St. Paul, Ramsey in 2014.

Cassie’s former St. Paul’s teachers nominated her for the state-level award. She received that award at the regional competition held at Rutgers University on January 19, 2019. Cassie was then placed in a pool of other regional honorees from across the country and was selected as the National Alumna of the Year. She received the national award at the Future City Finals competition in Washington, D.C. on February 19, 2019.

At the finals, Cassie also served as a judge of the projects presented by students from all over the United States who won first place in their regional competitions. Cassie felt honored when she found out she had been chosen as the National Alumna of the Year, and was so excited for the opportunity to share the passion she’s developed for engineering with the seventh and eighth graders who made it to the finals. She said it was fun to see and judge all of the creative and unique solutions to the problems facing cities. “I also loved getting to talk with them about the parts of the project that they enjoyed, like the research, design, and model creation,” she said. “I could tell that most of them had felt the same spark I had five years ago that made me apply to IHA’s STEM program, and subsequently to Johns Hopkins’ engineering school.”

Cassie presented a speech at the Finals’ award ceremony to all competition attendees including middle school students, teachers, organization members, corporate sponsors, and others. In her speech, Cassie touched on her time in IHA’s STEM@theheart program and now as a freshman at Johns Hopkins University studying civil engineering. She is currently working with the JHU chapter of Engineers without Borders to build a bridge in Ecuador to connect a rural community to important services they need. She hopes to use her education to improve the efficiency and storage of renewable energy technologies—the aspect of her team’s Future City project that fascinated her the most. She was thrilled to share her engineering journey and excited to be seen as a role model for the young girls in attendance. Her mother, Mary; father, Chris; and brother, Owen (SJR’19) all attended the D.C. competition to show their support.

The STEM program at IHA gave Cassie a strong foundation in math and science, and she feels IHA prepared her well overall for college. “Not only was I able to learn important math and science concepts, but the AP classes I took taught me a lot about applying those concepts to problem-solving, which is a major focus of the engineering courses I’ve been taking this year,” she explained. “I think my passion for engineering grew during my time at IHA, as I discovered that I liked learning through problem-solving. I began to see the engineering fields as giving me the opportunity to continue learning this way through college and eventually even in a career.”